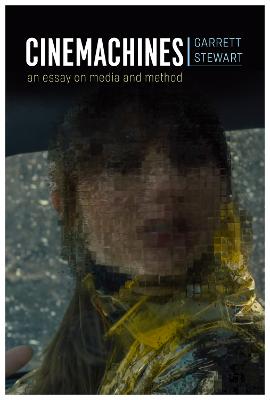 Didesnis paveikslėlis
Kitos knygos pagal šią temą:
Pastovi nuoroda: https://www.kriso.lt/db/9780226656731.html
Raktažodžiai:
The hero stands on stage in high-definition 3-D while doubled on a crude pixel screen in Billy Lynn&;s Long Halftime Walk. Alien ships leave Earth by dissolving at the conclusion of Arrival. &#160;An illusory death spiral in Vertigo transitions abruptly to a studio set, jolting the spectator. These are a few of the startling visual moments that Garrett Stewart examines in Cinemachines, a compelling, powerful, and witty book about the cultural and mechanical apparatuses that underlie modern cinema.
&#160;&#160;&#160;&#160;&#160;&#160;&#160;&#160;&#160;&#160;&#160; Engaging in fresh ways with revelatory special effects in the history of cinematic storytelling&;from Buster Keaton&;s breaching of the film screen in Sherlock Jr. to the pixel disintegration of a remotely projected hologram in Blade Runner 2049&;Stewart&;s book puts unprecedented emphasis on technique in moving image narrative. Complicating and revising the discourse on historical screen processes, Cinemachines will be crucial reading for anyone interested in the evolution of the movies from a celluloid to a digital medium.
&#160;
Show moreShow less

"In this engaging and original book, Stewart provides a reorientation of contemporary debates in film theory toward an understanding of cinema as fundamentally mechanical in nature. Drawing on a range of recent films, especially sci-fi, he shows how cinema provides narrativized engagements with its technological conditions, arguing that films have repeatedly reflected on mechanical and perceptual tricks that undergird the evolving production and projection of the moving image. Creating an alternate genealogy of film theory as 'machine intelligence, ' Stewart produces a model of thinking that moves beyond familiar debates about ontology and spectatorial responses." --Daniel Morgan, author of Late Godard and the Possibilities of Cinema "Cinemachines illustrates how digital cinema, like photography-based film, creates the illusion of motion via a system of subperceptual, intermittently produced elements that the human body experiences as continuous. Stewart demonstrates the critical leverage to be gained by maintaining focus on cinema's technologically evolving substrate, making conceptual claims through engrossing close readings of films ranging from Charlie Chaplin's Modern Times and Buster Keaton's Our Hospitality to Ang Lee's Life of Pi and Billy Lynn's Long Halftime Walk. Stewart's nimble critical sensibility--unfailingly mindful of the philosophy and stylistics of literature and cinema, as well as of current trends in media theory--shows him once more to be a reliably judicious, persuasive, and illuminating voice." --Karla Oeler, author of A Grammar of Murder: Violent Scenes and Film Form