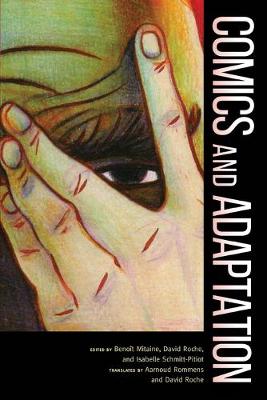 A timely and useful collection which challenges some of the presuppositions of adaptation studies . . . Comics and Adaptation is a welcome addition to the work on both comics and adaptation and is valuable reading for scholars in either area. The volume certainly succeeds in encouraging research on the topic (and perhaps even the existence of adaptation) through the way it convinces readers to approach adaptation and specifically comics and adaptation with an open mind, to see the creative opportunities. The editors' theoretically broad introduction to Comics and Adaptation does not augur well for typical fan com readers, but in elevating comics beyond mere illustration it does set up the framework for the scholarly essays that engage how adaptations of comic and graphic novels transcend their literary sources. The editors cogently argue for the legitimacy of studying comics through the filter of adaptation studies. The international coterie of academic contributors they have gathered explore pertinent concepts from polyphony, hypertextuality, orality, shattering figuration, transposition, and dissolution of forms to captions and speech balloons in contrasting the sources and extensions of graphic comics. Among the works treated are 120, rue de la Gare, Sin City, Watchmen, and Fritz the Cat. The volume is divided into two parts: the first examines adaptation from the page to the panel, and the second explores it from the panel to the screen and back again, with vividly illustrated, framed images. In particular, Mitaine's essay on the adaptation of Guy du Maupassant's classic short story 'Le Horla' stands as an exemplar of these fascinating studies, all of them translated into lucid English for the benefit of Anglophone readers.

Show moreShow less
Benoit Mitaine is associate professor of Spanish at the Paul Valery University of Montpellier. He is coeditor of Lignes de front: bande dessinee totalitarisme and Autobio-graphismes: bande dessinee et representation de soi. David Roche is professor of film studies at the Paul Valery University of Montpellier. He is author of Making and Remaking Horror in the 1970s and 2000s: Why Don't They Do It Like They Used To? and Quentin Tarantino: Poetics and Politics of Cinematic Metafiction, and editor of Conversations with Russell Banks, all published by University Press of Mississippi. Isabelle Schmitt-Pitiot is retired associate professor of English at the Universite de Bourgogne, Dijon, France. She has coedited Intimacy in Cinema: Critical Essays on English-Language Films and published widely on English-language cinema. Aarnoud Rommens is an independent scholar, editor, and translator. He is author of Joaquin Torres-Garcia: Constructive Universalism and the Inversion of Abstraction and editor of Comics and Abstraction: Narrative by Other Means.
Show moreShow less
Prisijungti Naujas vartotojas