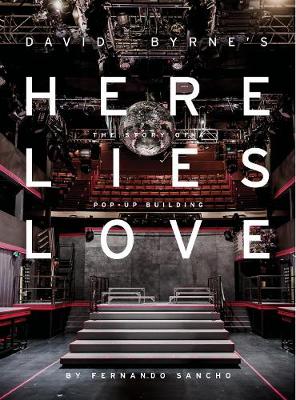 Didesnis paveikslėlis
Kitos knygos pagal šią temą:
Pastovi nuoroda: https://www.kriso.lt/db/9781634059701.html
David Byrne's play about Imelda Marcos called for the theater to be transformed into a disco. Spanish photographer Fernando Sancho found the whole idea mesmerizing, so he traipsed to a lumberyard in Calgary to capture the making of the pop-up disco, followed it back to Seattle to photograph the all-Asian cast practicing in an abandoned building while they waited for the disco to be installed, and finally chronicled the moments when the cast took the stage in a Seattle Repertory Theater that had been transformed into a 70s era discotheque complete with mirror ball. Interviews with cast members reveal the thrills and challenges of acting in a play where the audience is part of the production.

From lumberyard to theater, Sancho captures the passion behind a pop-up disco for David Byrne's play about Imelda Marcos.
Show moreShow less

* Events planned in New York City, Seattle, Los Angeles and other cities where Byrne is performing. * Photo exhibitions planned for Seattle and New York City. * We've asked David Byrne to help us get the word out about the book via his blog and social media. He has been very cooperative, so we're expecting a push there. * Review copies available.
Fernando Sancho has traveled the world capturing images of people at their most revealing, from schoolchildren in Liberia to farmers in Eastern Washington to bullfighters in Spain. He works as a freelancer in New York City.
Show moreShow less
Prisijungti Naujas vartotojas