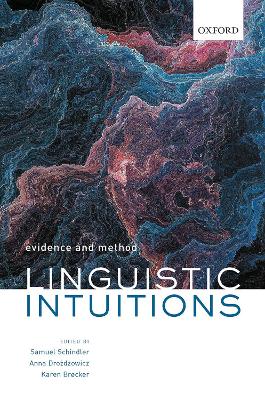 Didesnis paveikslėlis
Kitos knygos pagal šią temą:
Pastovi nuoroda: https://www.kriso.lt/db/9780198840558.html
This book examines the evidential status and use of linguistic intuitions, a topic that has seen increased interest in recent years. Linguists use native speakers' intuitions - such as whether or not an utterance sounds acceptable - as evidence for theories about language, but this approach is not uncontroversial. The two parts of this volume draw on the most recent work in both philosophy and linguistics to explore the two major issues at the heart of the debate. Chapters in the first part address the 'justification question', critically analysing and evaluating the theoretical rationale for the evidential use of linguistic intuitions. The second part discusses recent developments in the domain of experimental syntax, focusing on the question of whether formal and systematic models of gathering intuitions are epistemically and methodologically superior to the informal methods that have traditionally been used.