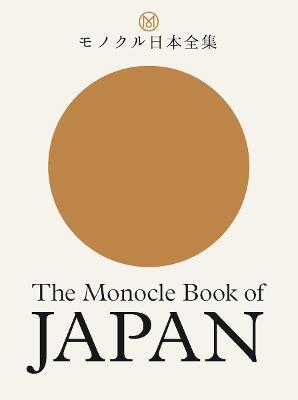 Didesnis paveikslėlis
Kitos knygos pagal šią temą:
Pastovi nuoroda: https://www.kriso.lt/db/9780500971079.html
Raktažodžiai:
Monocle’s latest book is an ardent paean to Japan, covering everything from design, architecture, and culture to food, fashion, and current affairs.Since it launched in 2007, Monocle has had deep roots in Japan. From day one, the magazine has maintained a Tokyo bureau, which today also encompasses a Monocle shop and radio studio.Over the past decade, the magazine and its team have continued to build upon their appreciation for and understanding of the nation of Japan. Monocle’s stories have covered everything from a live journey on the emperor’s jet and the tastiest places to eat in Kagoshima to the fashion designers challenging conventions and the businesses with remarkable stories untold outside Japan.The Monocle Book of Japan

Monocle is a global affairs and lifestyle magazine, 24-hour radio station, website, retailer and media brand, all produced by Winkontent Ltd. It was founded by Tyler Brule, a Financial Times columnist, and founder of Wallpaper* magazine. Described by CBC News reporter Harry Forestell as a 'meeting between Foreign Policy and Vanity Fair', the magazine aims to provide a global perspective on international affairs, business, culture, design and fashion. The magazine is edited by Andrew Tuck.
Show moreShow less
Prisijungti Naujas vartotojas