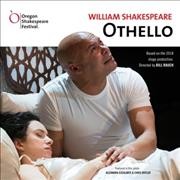 PASSIONATE LOVE IN A PREJUDICED WORLD

In Shakespeare's most intimate tragedy, director Bill Rauch explores racism, religious bias, xenophobia, and the more disturbing aspects of relationships in the context of our society's ongoing struggle with polarizing differences.

Consumed by their bigotry, those who praised the Moorish general Othello's military successes now reject his marriage to Desdemona. The newlyweds are determined to overcome all obstacles, but Othello's assignment in an exotic new location draws them into the web of his lieutenant Iago, whose resentment and demons know no bounds.