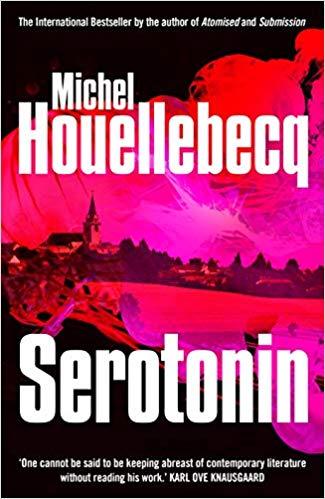 Didesnis paveikslėlis
Kitos knygos pagal šią temą:
Pastovi nuoroda: https://www.kriso.lt/db/9781785152245.html
Raktažodžiai:
THE MOST IMPORTANT FRENCH BOOK OF THE YEAR___________________"One cannot be said to be keeping abreast of contemporary literature without reading Houellebecq"s work." Karl Ove Knausgaard, New York TimesDissatisfied and discontent, Florent-Claude Labrouste begrudgingly works as an engineer for the Ministry of Agriculture, and is in a self-imposed dysfunctional relationship with a younger woman. When he discovers her ongoing infidelity, he decides to abandon his life in Paris and return to the Normandy countryside of his youth. There he contemplates lost loves and past happiness as he struggles to embed himself in a world that no longer holds any joy for him.His only relief comes in the form of a pill - white, oval, small. Captorix is a new brand of anti-depressant, recently released for public consumption, which works by altering the brain"s release of serotonin. With social unrest intensifying around him, and his own depression deepening, Florent-Claude turns to this new med ication in the hope that he will find something to live for.Written by one of the most provocative and prophetic novelists of his generation, Serotonin is at once a devastating story of solitude, longing and individual suffering, and a powerful criticism of modern life. "Michel Houellebecq has good claim to be the most interesting novelist of our times ... Houellebecq has often shown alarming prescience in his fiction ... The novel burns with anger ... Cutting between brand names and sweeping generalisations, exhilarating in its nihilism, often very funny and always enjoyable ... Yet the anger he expresses here about the destruction of the deep France that he loves could not be more to the point, reflecting deep despair about what is happening now. There"s no British equivalent to Houellebecq. After years of being shunned by the French establishment, he has now been fully embraced by it. On New Year"s Day, he was awarded the Légion d"honneur. Just so." Evening Standard Michel Houellebecq is a poet, essayist and novelist. He is the author of several novels including The Map and the Territory (winner of the Prix Goncourt), Atomised, Platform, Whatever and Submission.
Show moreShow less
Show moreShow less
Prisijungti Naujas vartotojas