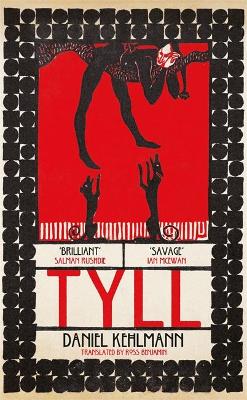 It's typical Kehlmann, a delicious cocktail of philosophy, adventure and earthy humour * Sunday Express * a dazzling, picaresque romp * The Observer * Prodigiously imaginative . . . [ A] brilliant, blackly sardonic retelling . . . In Mr. Kehlmann's unforgettable joker we have a picture of humankind in all of its madness and strutting pride * The Wall Street Journal * Profoundly enchanting but never sentimental, Tyll is a magnificent story . . . Kehlmann is a master of economical, devastating description . . . Chilling . . . In this exquisitely crafted novel, Kehlmann moves just as nimbly through the grimmest of human experiences. The result is a spellbinding memorial to the nameless souls lost in Europe's vicious past, whose whispers are best heard in fables. * The New York Times Book Review * Vivid . . . Kehlmann, a confident magician himself, plays his bright pages like cards. But he has a deeper purpose, which is revealed only gradually, as the grand climacteric of his chosen war steadily justifies its presence in the novel . . . Kehlmann is a gifted and sensitive storyteller . . . Despite the grimness of the surroundings and the lancing interventions of history, the novel's tone remains light, sprightly, enterprising. Kehlmann has an unusual combination of talents and ambitions-he is a playful realist, a rationalist drawn to magical games and tricky performances, a modern who likes to look backward * New Yorker * Like a magician, Kehlmann conjures comedy, farce and badinage, even in a blighted time of war * Financial Times * Tyll is an absorbing and, for a novel about a prankster, remarkably sincere novel * Literary Review * A romp through the thirty years' war... This energetic historical fiction, featuring a folkloric jester in a violent, superstitious Europe, is the work of an immense talent * Guardian * The narrative moves from myth to historical novel to ballad and back. and Ross Benjamin's translation follows it faithfully * The Spectator * Daniel Kehlmann's Tyll is a laugh-outloud-then-weep-into-your-beer comic novel about a war... Kehlmann is at the top of his game * The Times * A beautiful, engrossing and fascinatingly structured novel. Lucid, limpid, savage. Tyll quietly intrudes on our present crisis of European identity. Have four centuries made us any wiser? This novel is a masterly achievement, a work of imaginative grandeur and complete artistic control * Ian McEwan * Kehlmann's imagination runs deep and wild. It travels with the currents of history, in its cycles of brutality and violence, it reaches into our own solitude and silence, summoning us, it soars far and high, and echoes with the power of myth. -- Valeria Luiselli Tyll proves that Kehlmann is literature's jack-of-all trades. He manages to combine meticulous historical research and virtuoso language mimicry with a frightening exploration of our current sense of dystopia. An incredible educational experience and improbably entertaining. -- Michael Haneke A delight * Die Zeit * Possibly Kehlmann's best novel since Measuring the World * Suddeutsche Zeitung * Kehlmann's storytelling is astonishing * Die Welt * Kehlmann's best novel so far . . . amidst the destruction, in the places where nothing reflects the former inhabitants anymore, it is the dead who show themselves . . . we owe it to this novel that we can see the dead more clearly, so clearly that it hurts * Frankfurter Allgemeine Zeitung * A masterpiece . . . the most extraordinary European novel for many years . . . a brilliant book of stories, of great drama, cinematic and poetic . . . Kehlmann is at the height of his powers * Neue Zurcher Zeitung * The best novel Kehlmann has ever written . . . Deeply affecting, lively, brutal, wonderfully unreserved, modern, romantic German epic . . . Tyll is Kehlmann's victory over history, his historic triumph * Der Spiegel * This is a brilliant and unputdownable novel. Kehlmann is the true inheritor of the German fabulist tradition that stretches back to the Brothers Grimm and even further, and in the legendary prankster figure of Tyll Ulenspiegel he has found his perfect avatar * Salman Rushdie *

Show moreShow less
Daniel Kehlmann was born in Munich in 1975 and lives in Vienna, Berlin and New York. He has published six novels: Measuring the World, Me & Kaminski, Fame, F, You Should Have Left and Tyll and has won numerous prizes, including the Candide Prize, the Literature Prize of the Konrad Adenauer Foundation, the Doderer Prize, The Kleist Prize, the WELT Literature Prize, and the Thomas Mann Prize. Measuring the World was translated into more than forty languages and is one of the biggest successes in post-war German literature.
Show moreShow less
Prisijungti Naujas vartotojas