Under the Nakba Tree: Fragments of a Palestinian Refugee Family [Minkštas viršelis] 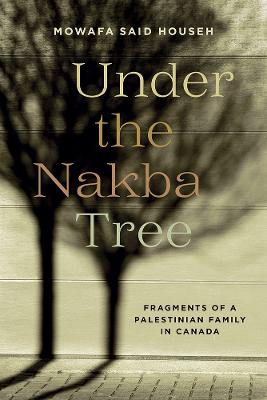 Mowafa’s family fled Palestine in 1948 and arrived in Canada in the 1970s. His childhood was spent in Edmonton, Alberta, where he grew up as a visible minority and a Muslim whose family had a deeply fractured history. In the year 2000, Mowafa visited his family’s homeland of Palestine. It was the beginning of the Second Intifada and Mowafa witnessed first-hand the effects of prolonged conflict and occupation. It was those observations and that experience that inspired him not only to tell his story but to realize many of the intergenerational and colonial traumas that he shares with the Indigenous people of Turtle Island. His moving memoir compares and contrasts the lives of immigrants with the lives of those who live on occupied land and the struggles that define them both.

In this moving memoir, a Palestinian man recalls his childhood in Canada and the struggles he faced at the intersection of indigeneity, national identity, and marginality.
Mowafa Househ was born in Edmonton, Alberta. He is assistant professor of health informatics at King Saud Bin Adbulaziz University in Riyadh, Saudi Arabia where he now lives with his wife and three daughters.
Show moreShow less
Prisijungti Naujas vartotojas