Whale and the Reactor: A Search for Limits in an Age of High Technology, Second Edition 2nd edition [Minkštas viršelis] 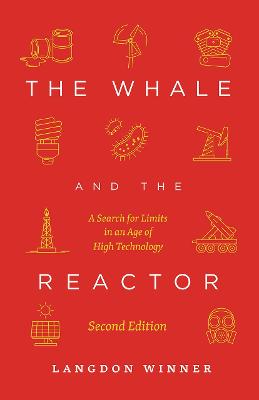 
&;In an age in which the inexhaustible power of scientific technology makes all things possible, it remains to be seen where we will draw the line, where we will be able to say, here are possibilities that wisdom suggest we avoid.&;

First published to great acclaim in 1988, Langdon Winner&;s groundbreaking exploration of the political, social, and philosophical implications of technology is timelier than ever. He demonstrates that choices about the kinds of technical systems we build and use are actually choices about who we want to be and what kind of world we want to create&;technical decisions are political decisions, and they involve profound choices about power, liberty, order, and justice. A seminal text in the history and philosophy of science, this new edition includes a new chapter, preface, and postscript by the author.
Show moreShow less

"The questions he poses about the relationship between technical change and political power are pressing ones that can no longer be ignored, and identifying them is perhaps the most a nascent 'philosophy of technology' can expect to achieve at the present time."--New York Times Book Review "[ Winner's] thoughtful, stylishly expressed essays . . . . are designed to wake people up to the semantic games policy-makers play; to goad people into thinking responsibly and contributing to decision making. In this he succeeds very well."--Kirkus Reviews "With educated wit, home-grown insight, and even a bit of gallows humor, Winner strives to awaken us from our technological sleepwalking."--David F. Noble, author of America by Design "The Whale and the Reactor is the philosopher's equivalent of superb public history. In its pages an analytically trained mind confronts some of the most pressing political issues of our day."--Isis

Show moreShow less
Langdon Winner is the Thomas Phelan Chair of Humanities and Social Sciences in the Department of Science and Technology Studies at Rensselaer Polytechnic Institute. He is the author of numerous books, including Autonomous Technology.
Show moreShow less
Prisijungti Naujas vartotojas